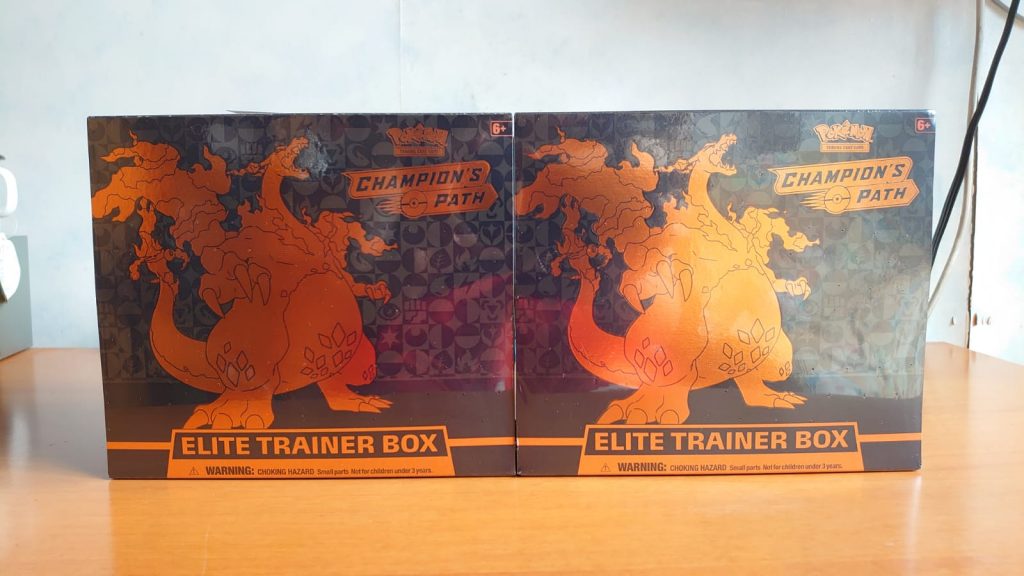 Courtesy to our partners in Hong Kong, we were able to get our hands on the American version of the latest Pokemon set – Champion’s Path Elite Trainer Box

I must say the boxes look very sleek!

With Champion’s Path, there are over 70 cards to collect. Cards featuring Pokémon from the Galar region with 15 Pokémon V and 3 gigantic Pokémon VMAX to hunt. 19 Trainer cards and a Special Energy card also included in the set.

The ETB from this series comes with the following:

Embark on the Champion’s Path
Set out on an exciting new adventure through the Galar region with the Pokémon TCG: Champion’s Path expansion! In this special expansion, you’ll encounter the region’s many Gym Leaders and the Pokémon partners that battle alongside them. There are powerful Pokémon V like Eldegoss V, Lucario V, Duraludon V, and many others. That’s not all, as you’ll also find massive Pokémon VMAX, such as Drednaw VMAX and Alcremie VMAX. But you’re not the only one on the path to the championship – your rivals are determined to make it to the top as well. Hit the Gyms and blaze your own path with the Pokémon TCG: Champion’s Path expansion!

Here are some of our pulls from the first box

Yep, not every box nets you a zard, but it sure is fun hunting them!

Don’t fall into the temptation in buying at premium, price should come down a fair bit after release in all countries. But going by what happened to Hidden Fates, they will probably rise again after. Let’s see what Troll and Toad thinks.

What would your expectation of pricing with this set? Leave your comments below

Australian Champion’s Path release is coming up shortly, looking forward to seeing everyone’s pulls! If you haven’t already preordered from us (we have pre-sold out already unfortunately), get your orders in via EBGames!

Find out more about each item below:

Second box pulls, and here we are, the rainbow charizard 😀

What are you looking for?